The short answer to that question is, absolutely.  But let’s rewind.

On Christmas morning, when most of us were still sleeping, or up with the children to see what Santa brought, a bomb exploded in downtown Nashville.

The following is body cam footage provided by the Metropolitan Nashville Police Department. Officer Michael Sipos, one of the officers who responded to 2nd Avenue North in downtown #Nashville Christmas Day in the minutes prior to the explosion, had been issued a body camera just days earlier. This is what he saw and heard.

What does that have to do with the Magnolia state?  Well, fortunately for us, there is a team of people who were already mobilized to determine what, if anything, could occur next.

Sean Tindell is Commissioner of the Department of Public Safety in Mississippi.  Tindell said, “At the moment it happens, you don’t know if it’s an organized attack, a group, or are they looking at other targets in the southeast.  Are they coming to Jackson, are they going to hit DeSoto County where we’re close to FedEx?  Are they looking down at the ports on the Mississippi gulf coast where we have major oil and gas refineries and distribution or could they be looking at the nuclear power plant?”

“All those things immediately come to the table,” said Tindell.  “Is this an isolated lone-wolf attack or is this going to be organized like 9/11 where a series of events take place.”

The explosion took place early Christmas morning and Tindell said, because it was Christmas day, most people’s guard was down, but the impact of the catastrophic event ramped up really fast.

Soon, the Highway Patrol and the Mississippi Bureau of Narcotics were called in.  Tindell said, “We started using all of our assets to try to ascertain critical areas that we needed to be aware of and looking out for other similar vehicles that might be suspicious and parked in areas where they did not need to be.”

Tindell gave credit to Lora Hunter, Interim Director of the Mississippi Office of Homeland Security.  He said she was on top of it and quickly began assessing the situation.

Hunter said, surprisingly, there is no intelligence at the moment to indicate the suspect in the bombing intended to cause mass casualties.  “But instead,” said Hunter, “we saw the result of taking out a critical infrastructure and that being a communication system.”  Hunter is referring to the damage to the AT&T facility near where the bomb detonated.

“Obviously, that is something we want to address in Mississippi,” said Hunter. “We want to ensure if there is some type of comparable attack, that we’re prepared to continue open lines of communication.”

Hunter said now is the time to remind Mississippians of the “See Something Say Something” initiative.  “The basic premise is, we’re all a part of communities; cities, farms, and suburbia.  You know your community and your day-to-day activity better than anybody else, so you know when something isn’t right or if something stands out.   When those abnormalities are present, reach out to the Mississippi Department of Homeland Security at 888-4-SAFE.”

The post Could Mississippi be a target for domestic terrorism? appeared first on News Mississippi. 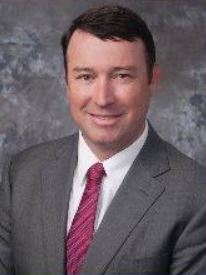