Governor Tate Reeves announced that the special election for House District 88 is rescheduled for June 23, 2020 to slow the spread of COVID-19.

Consulting with our state’s health officials and coordinating with Secretary Michael Watson and state election officials, Governor Reeves determined the need to reschedule to special election originally set for April 21, 2020.

“The health and well-being of all Mississippians must and always will be our top priority. We are closer to the beginning than the end of this outbreak, and conducting an election at this time would unnecessarily put our poll workers and voters at risk. We must protect our rights as Americans to a free and fair election, but not at the expense of the health and safety of our people. Stay home, stay healthy,” said Governor Tate Reeves.

The Governor continues to monitor the elections calendar and consult with health officials as he looks at other upcoming elections in Mississippi while prioritizing the protection of public health.

PDF version of the amended writ of election is available here. 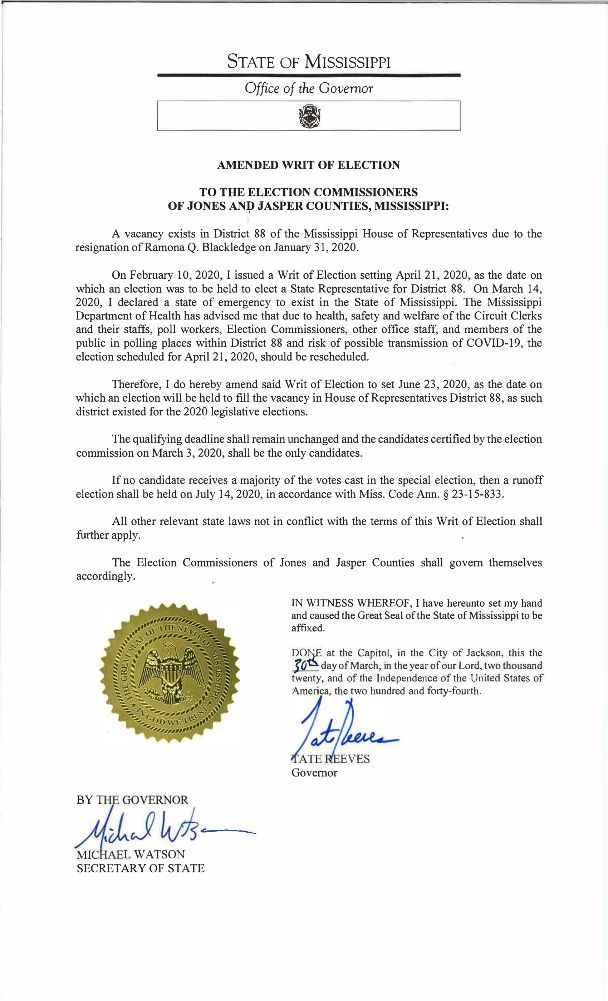