On July 13th, the two units conducted a search of GutierrezÆs Tupelo residence and seized two firearms, five pounds of methamphetamine, and a large amount of U.S. currency.
This investigation has been ongoing for several months by both units. ĀIt is still open and more arrests or seizures could possibly be made. 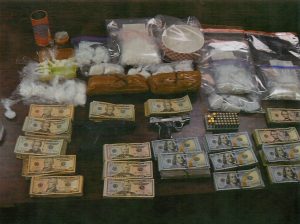