According to Guest, the bill begins with an overview of the anarchist and extremist behavior that has taken place in the United States in recent weeks and the efforts to “indiscriminately destroy anything that honors our past and to erase from the public mind any suggestion that our past may be worth honoring, cherishing, remembering, or understanding.”

“The nation has watched as left-wing extremists deface, vandalize, and dismantle monuments that highlight our nation’s moral principles and the founders who helped build our great country,” Guest said. “George Washington, St. Serra, Christopher Columbus, abolitionists, and more have been targeted by these extremists. These deliberate actions to erase history with violence and mob rule must come to an end, and I believe President Trump’s executive order is a strong step in the right direction. This legislation would help give his order the full force of law.”

Arizona Congresswoman Debbie Lesko, who introduced the legislation on July 16th, said, “The ongoing violence in our nation is abhorrent and the deliberate destruction of our nation’s history cannot be tolerated.  The president took decisive action to protect our nation’s monuments, memorials, and statues, and this legislation will build upon that action to give its provisions the full strength of the law.”

The post Legislation to protect statues from vandalism introduced in House appeared first on News Mississippi. 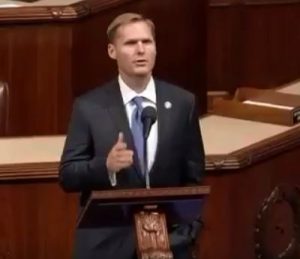