The Mississippi Department of Archives and History wants your input on the two final proposals currently being considered by the Mississippi Flag Commission.

During Tuesday’s meeting, the nine-member commission voted to eliminate three of the five finalists ahead of next Wednesday’s final vote — setting up a showdown between the ‘Great River Flag’ & the ‘New Magnolia Flag’. The public comment period and the non-binding public poll will be open until noon on September 1st. To vote for your favorite or to provide your comments, click here.

On its website, the MDAH has included additional background information on each design, which can be seen below.

Each of the five flag designs incorporate a segmented star comprised of diamonds, a reference to the eastern diamondback rattlesnake which is revered in Native American cultures. The star was added by the commission members. In “The Great River Flag,” the star also represents the five regions of the state.

Whitman wrote, “The Great River Flag endeavors to capture as much of that into one unique image that supports Mississippi’s other meaningful symbols—the mockingbird, magnolia, and others—while standing on its own.” Read more at greatriverflag.com.”

The circle of twenty stars represents Mississippi as the twentieth state of the United States of America and is anchored by the gold five-point star, which stands alone. This star represents our first peoples, the indigenous Native American tribes of the land that would become Mississippi.

The color blue in the main field of the flag echoes the blue of the American flag, representing vigilance, justice, perseverance, while the bands of red represent hardiness and valor. The gold lines and the gold stamen of the New Magnolia are a nod to the rich cultural history of Mississippi, specifically the visual arts, literature, music, and performing arts to originate in our state.” 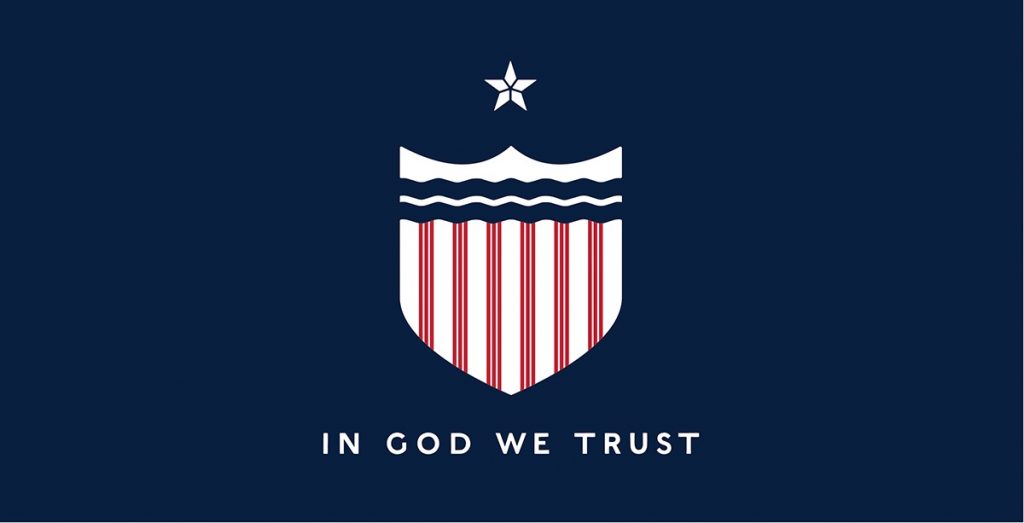