The high school football season in Mississippi will be delayed by two weeks.

Tuesday afternoon, the executive council of the Mississippi High School Activities Association voted to delay the start of the 2020 season with practices now beginning on August 17th and week one taking place on September 4th.

“The board felt these changes will give all of us more time to try to get back into the routine of school,” MHSAA Executive Committee President Kalvin Robinson said. “There are going to be many challenges — ones we’re anticipating and those we don’t even know about yet — in returning to on-campus learning. It’s going to be different than what we’ve experienced in the past. Hopefully pushing back the start of the Fall sports seasons will help make that transition a little smoother for everyone involved.”

The games that will be affected by this decision will not be made up, and the dates for championship games will remain the same.

Back on July 1st, MHSAA Executive Director Don Hinton explained that because Mississippi starts its season earlier than most, the organization would be able to be more flexible with a decision to delay kickoff.

“We’re often criticized for playing in Mississippi so early for heat and humidity purposes. We also can play up to 12 games, while in most states its 10 or 11,” he said. “We’re also good in Mississippi where our region games for playoff purposes are the last games of the season. If you’re in an 8-team region, your last 7 games are region games, so those are some good things that help us in making these decisions.”

At one time, there were discussions of moving the high school football season to the spring, but Hinton explained today that wasn’t feasible.

“For example, there’s been talk about the MHSAA flipping the fall and spring sports seasons or just moving fall sports — and specifically football — to the spring. But those changes would create an entirely different set of challenges and logistical issues, including an overlap with athletes, coaches and game officials,” he said.

The full updated schedule for the 2020 football season can be seen below: 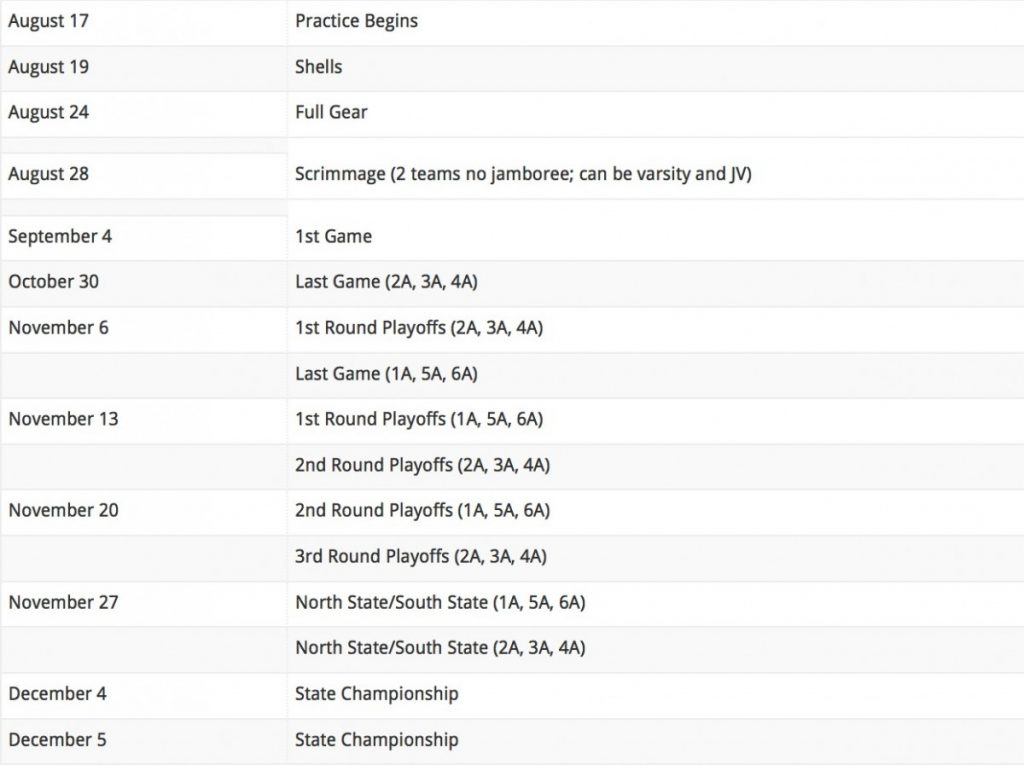