Universities across the state and their athletic programs have untied to launch the “Stronger Together” initiative in support of togetherness, diversity and equality.

During the 2020-21 academic year, teams will incorporate a special logo on their uniforms, equipment, and other apparel.

“The campaign was created for the state’s colleges and universities to come together, listen, learn and support student-athletes through their challenges, stresses and pressures related to events around the country. As part of the initiative, the schools will unite in their efforts to promote social justice and racial equality through advocacy, awareness and education.

Additional goals of “Stronger Together” include creating action-based events and programming, collaborating on community engagement projects, using respective platforms to amplify the voices of underrepresented populations and marginalized groups in the state, and focusing on voter education and registration among student-athletes,” the statement reads.

The idea for the initiative developed shortly after coaches and administrators from across the state gathered at the capitol to unite behind the call to remove the then-Mississippi state flag back in June.

Recently, football players at Mississippi State, Ole Miss and Southern Miss chose not to practice and instead organized to protest against social injustice. 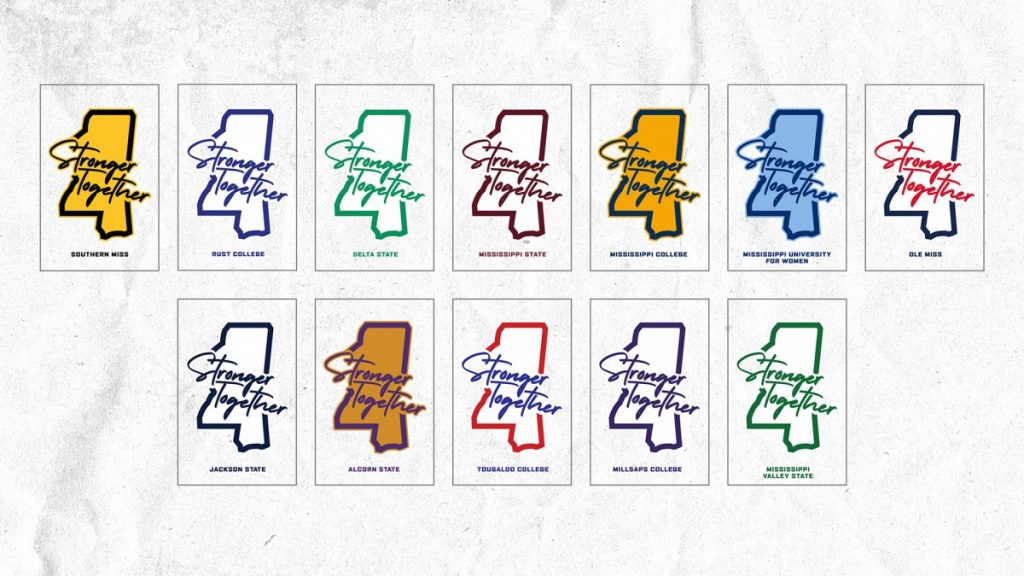