Ahead of the Mississippi Flag Commission’s final vote tomorrow, the results of the non-binding public poll on the Department of Archives and History’s website show that the majority of Mississippians are leaning toward one of the potential designs.

With a total of 74,411 votes cast in the poll, which closed today at noon, the “New Magnolia Flag” earned nearly 60% of the vote with the “Great River Flag” grabbing the remaining 40%.

These two finalists were selected from a group of five designs last week. Tomorrow morning at 10:30, the nine members will come together to choose between these two designs after narrowing down their choices from over 3,000 submissions over the past few weeks.

Remember, the design that gets selected will not instantly become the state’s new flag. If it doesn’t receive a majority of the vote on November 3rd, the commission will have to come together and select a new design ahead of an election in 2021. 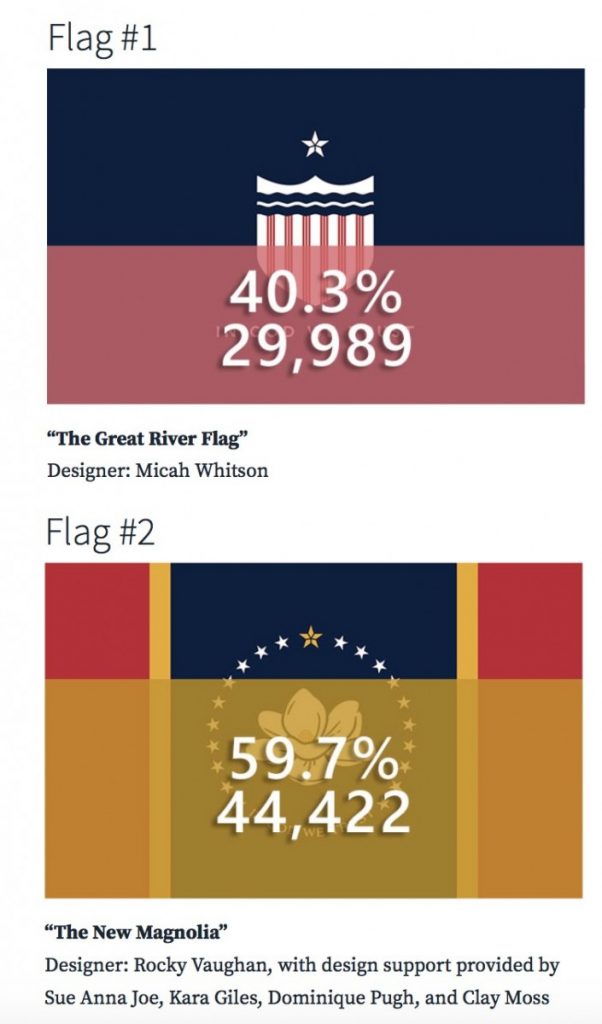