Secretary of State Michael Watson says his office continues to receive reports regarding the online behavior of a handful of Election Commissioners spread across the state.

Watson says, “While we do not agree with the derogatory comments we’ve seen, our office has no legal authority to reprimand or remove these individuals from office. Election Commissioners are independently elected officials, and they are answerable to the voters of their district.”

The Secretary of State’s office says they plan to send a letter to all 410 Election Commissioners to remind them of their duties and responsibilities.

“Perhaps more so than is the case with other public officials, the integrity of the office of the Election Commissioner must be totally beyond compromise. The legislature has enacted that Election Commissioners shall totally remove themselves from any taint or hint or suspicion of partisanship. They must be aloof from partisan politics as much as judges, if not more so. For what is at stake is public confidence in our system of self-government.”

Watson said, “I want to be clear in that it is important to note the actions of these individuals reported to our office do not represent the entire group of hard-working Election Commissioners who work year-round to uphold the integrity of our elections. This year is an extremely important election year, and we will continue to do everything we can to ensure all voters are treated fairly.”

The post Secretary of State speaks out on behavior of certain Election Commissioners appeared first on News Mississippi. 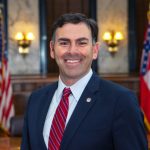