The House and Senate returned to the Capitol on Monday and Senator Jeremy England of Jackson County has provided a review of legislative action and a look at what’s ahead.

England said, “We had two main issues that were discussed concerning the Education budget and the Mississippi Department of Marine Resources (DMR) budget. ”

England stated that the House voted to override the Governor’s veto of the education budget, which he says was vetoed primarily due to the School Recognition Program (an incentive-based program designed to pay those teachers in schools that have the highest scores or show improvement) being left unfunded.

England said, “This was not funded in the bill sent to the Governor due to an oversight on the part of all involved. However, this was money already earned, and we needed to get this to the deserving teachers. The Governor vetoed the bill to allow the Legislature the earliest opportunity to return and fix this issue – and I’m sure he didn’t take the decision to veto lightly.”

England continued by saying, “The Legislature, in turn, decided that the best and quickest way to provide a budget for our schools and correct the issue was to override the Governor’s veto while passing a new bill to fund the School Recognition Program. This is what we ultimately did. It was no easy decision to vote to override the Governor’s veto. I voted AYE on the veto override only because it was the quickest and easiest solution to providing a budget for our schools and for funding the School Recognition Program.”

“I am sure there will be articles today from the media casting this override as an attack by our Republican Legislature against our Republican Governor and a sign of discourse”, said England.  “My vote was not at all made in that light. This was the best way to quickly get earned funds to our teachers. The Governor’s veto allowed us to come back quickly to resolve this issue, and we did so in the quickest way. I believe our system worked the best way it could yesterday.”

England stated, regarding the DMR budget, he is hopeful lawmakers may be able to get something done today. “Both the Governor and the Senate agree this budget needs to be funded along with an allocation of Gulf of Mexico Energy Security Act (GOMESA) funds to DMR and the Governor as the Legislature has done in the past.”

England said, “This is being held up in the House, where members are demanding a new process for appropriating GOMESA funds. The House has some great ideas, and these ideas should be discussed ahead of our allocation in the next Legislative session (which begins in January – less than 6 months from now).”

“We can fund the DMR budget per usual process this year while continuing a discussion on how to allocate those funds next year and in the future. That is the best available solution this year”, said England.  “I hope my colleagues in the House can move past any political infighting to come to the table and let us get the DMR a budget that will include funding for projects that will aid in conservation, preservation, and restoration of our coastal land, waters, and resources.  I hope we can see this happen before we adjourn.”

The post Under the dome: Legislative recap from Senator England appeared first on News Mississippi. 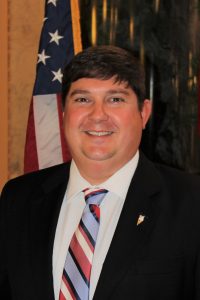